Oregon may only be a single state, but it has almost every type of landscape you could imagine. From the rocky coastlines to wooded forests, to mountain tops and the Columbia River Gorge, and everywhere in between Oregon is chock full of photographic treasures. It makes it hard to choose just a few of my photographs, but in the spirit of adventure, here are a few Oregon jewels.

We’ll begin this quick journey with the coastline. With 363 miles of coastline, there are quite a few opportunities. However, I’ll choose Heceta Head Lighthouse which is more or less in the middle. Built in 1894 this lighthouse has guided countless mariners around the treacherous shoals as well as providing a critical navigation point. I made Heceta’s Dawn just before the sun rose into the sky; I adored the purple tones that colored the morning, punctuated by the lighthouse holding its own against the raging sea. For me, this distinguished seascape represents our struggle to tame the sea and reminds me of seafaring stories and adventures from days long gone.

We’ll venture away from the coastline but still hold to the theme of yesterday to visit Wildcat Covered Bridge. Oregon has more than a few covered bridges, ranging from simple affairs to very elaborate ones. This one, though, reminds me of the classic covered bridge. Indeed, it once was on the main route from inland to the sea, but as newer, straighter and faster highways became common, the previous main roads became near-forgotten byways. If you stand very still, you can still hear the gentle rumble of the old cars, and perhaps an occasional horse and buggy, clickity-clacking across its wooden planks and back into history. 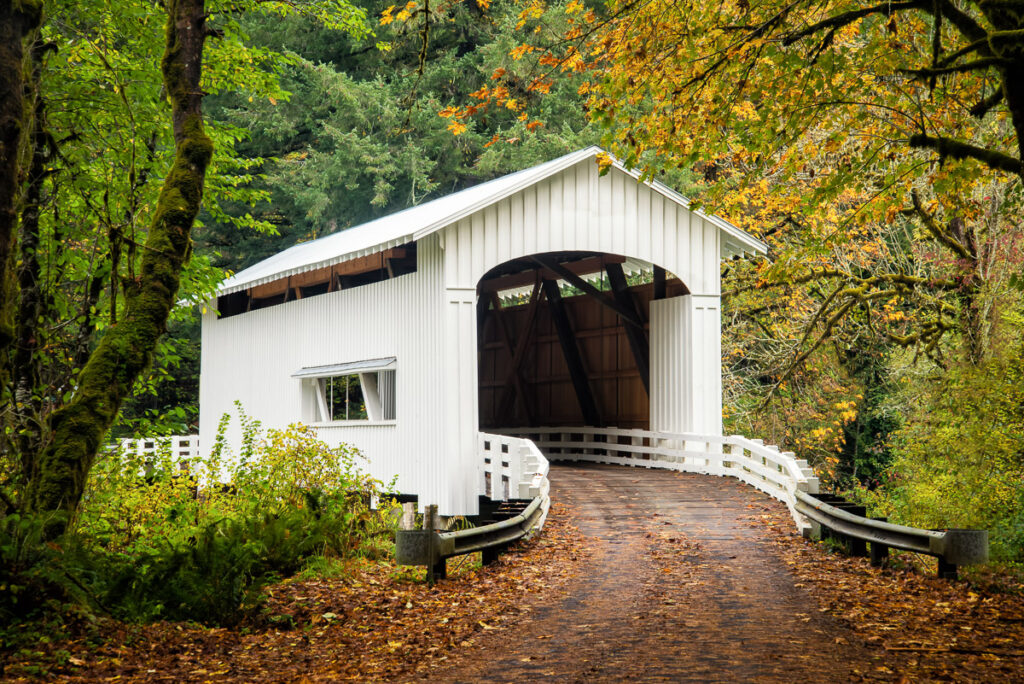 Finally, let’s end at another old place, Multnomah Falls. Located not far from Portland, Multnomah Falls is the tallest waterfall in Portland, dropping in two beautiful steps. The Falls are nestled amongst the trees and are an incredible site by themselves. A beautifully constructed walking bridge, the Benson Footbridge, transforms the scene into a stunningly beautiful one. Thanks to the generosity of Simon Benson, who donated the surrounding area to Portland, the falls remain for all of us to enjoy. 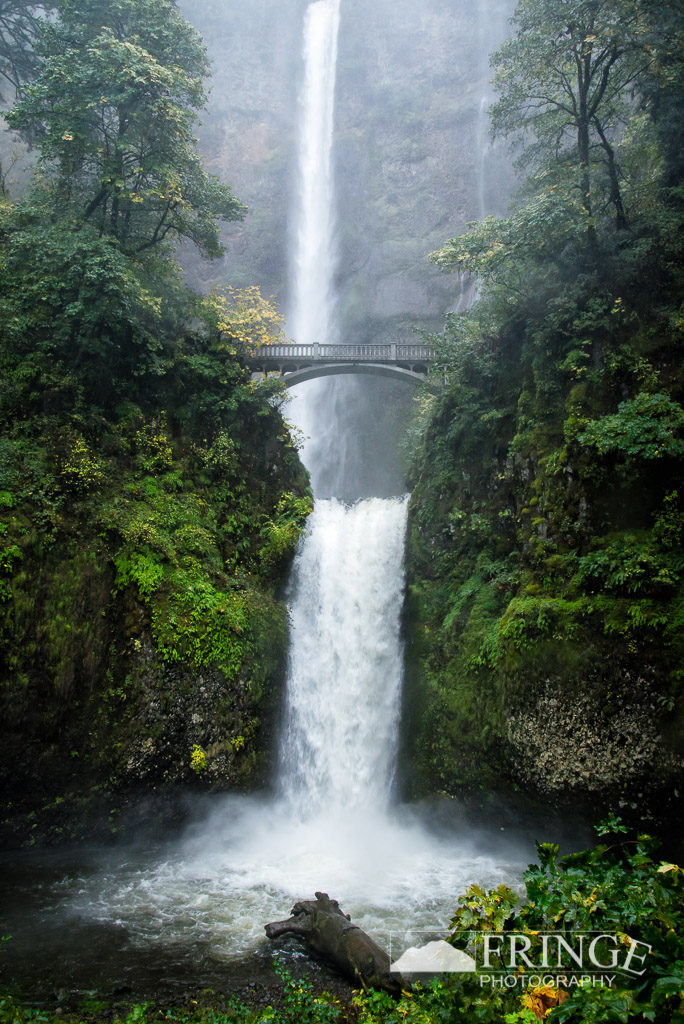 Your Own Oregon Jewels

You can bring home Wildcat Crossing today and enjoy the peacefulness of another time in your own home.