My journeys to the Pacific Northwest continue, and the next stop for was Olympic National Park in Washington State. It was a difficult task to select all my favorites, but this Olympic Trio certainly makes the cut and showcase the variety of photographs to be made here.

Olympic National Park has several completely different ecosystem, from soaring mountains, rugged coastline, and temperate rainforests. It is the rainforests that caught my attention, and being in a rainforest when it is raining is a surreal experience. Nothing can quite compare to the sight and sounds of the forest when it is raining, and although water is falling from the sky, by the time it reaches you through the trees, it is more of a mist than anything else. You quickly become soggy, and once you are over that, it becomes a gratifying experience.

The sounds of the rainforest, too, are something to experience. The constant drip-drop of rain is all around you, even when it is not raining, providing a constant background noise. Bird calls dance and echo through the forest, followed by, well, I have no idea. An animal, probably, but of what kind I cannot say. Still, it was fantastic to be in the rainforest, and I think you can tell that from the photographs.

Rainforest Elms is a section of the Hot Rainforest known for moss-covered elms. The trees rise as quickly as they can to catch what sunlight they can, as fast-growing moss enshrouds their lower branches. The results are, well, stunning, and otherworldly. 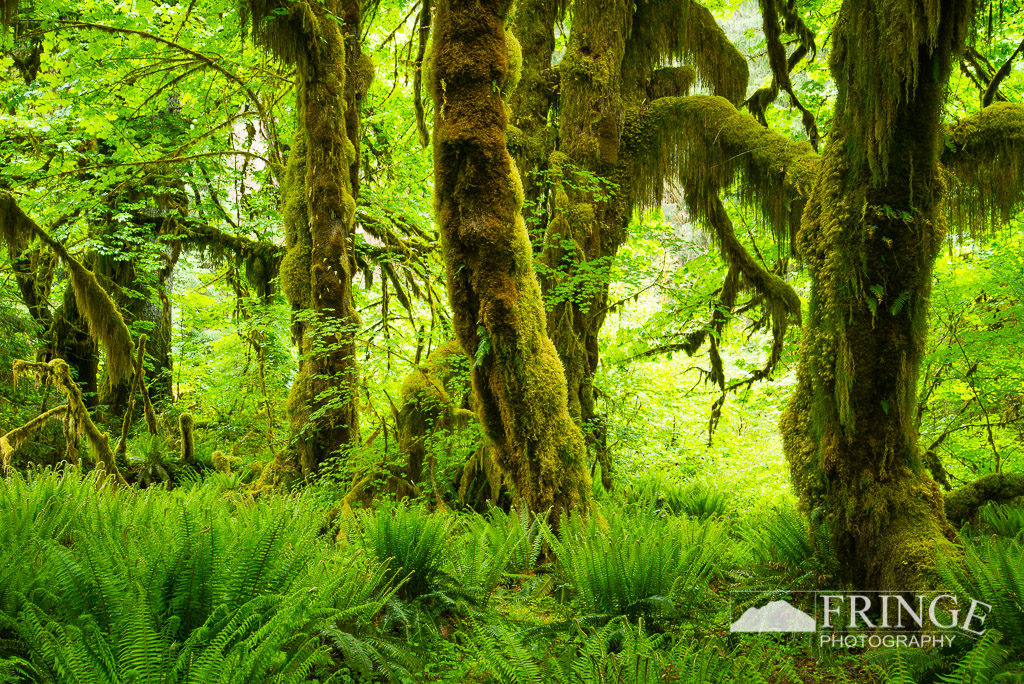 The rainforest is not all that Olympic National Park has going for it, either. Fog is a constant companion to the park, and is, literally, as thick a pea soup. Now and then a scene such as Olympic Fog emerges from the mists, and it is hard to remember to breathe, little alone make the photograph. 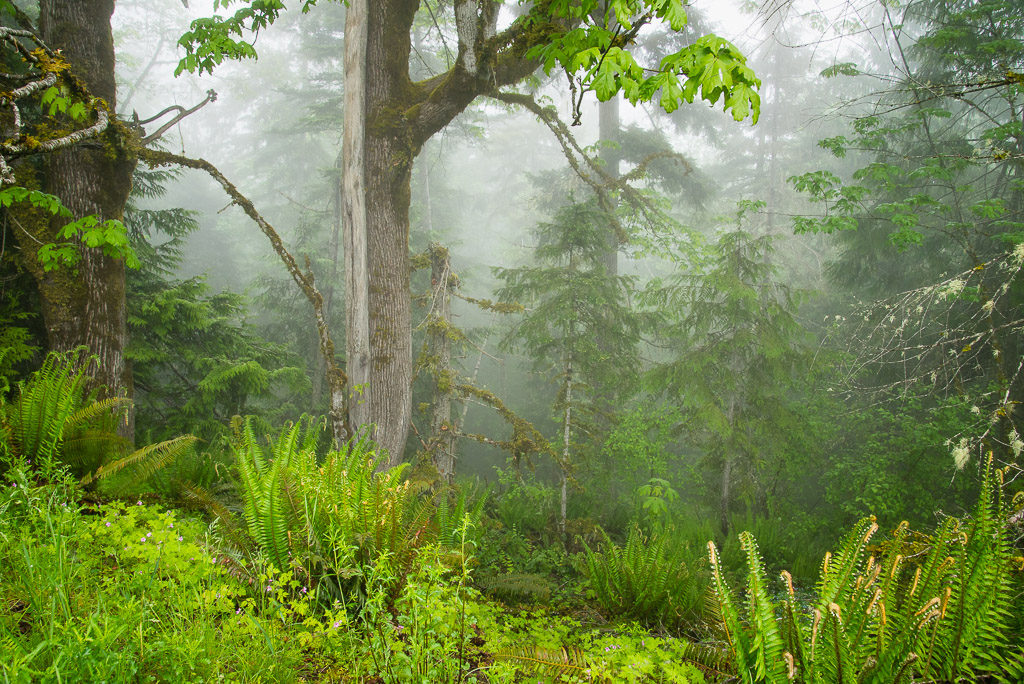 And let’s not forget the beaches. The park encompasses over 73 miles of coastline, providing endless opportunity. Of all the miles, however, Second Beach called to me. Reached only by a half mile or so hike through a forest, it is truly a hidden gem and is framed by sea stacks. With smooth sand, this small cove is truly a photographer’s paradise, and it was hard to leave it when the time came. 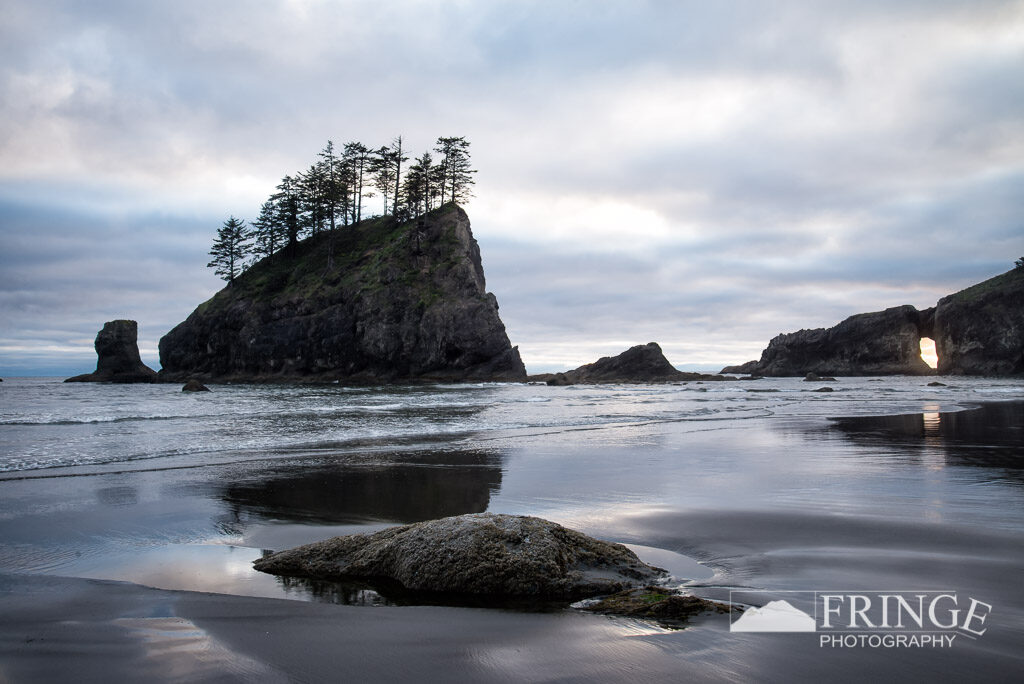 Enjoy this Olympic Trio, and we will chat about Olympic National Park again soon.