The day had been long, and predictably for the time of year, rainy. Since I was in southern Florida, the wet part was not wholly unexpected. Rain it did, and at times, it seemed as if it wanted to remind just what rain could be. I continued, intent on my destination: Everglades National Park.

I don’t know what I was expecting when I arrived. Maybe a grand entrance, replete with a soaring archway, and perhaps a multi-lane highway leading on. Instead, the entrance is a small sign, a narrow two-lane road and another sign that said “Visitor Center: 1,000 miles” Maybe it was less than one thousand miles, but it sure seemed that way. In any event, it didn’t matter because I probably would be distracted long before then.

That distraction occurred quickly enough in the form of a small, one lane, dirt track that seemed like it led…somewhere. I was heading down that one track before anyone could blink. The tall grasses thickened and rose above me, and then gave way to small trees and dense shrubs. Before you knew it, I couldn’t see anything except straight ahead of me. There might have been a road behind me, but the option of retreating didn’t cross my mind.

Alligator Eyes in the Everglades 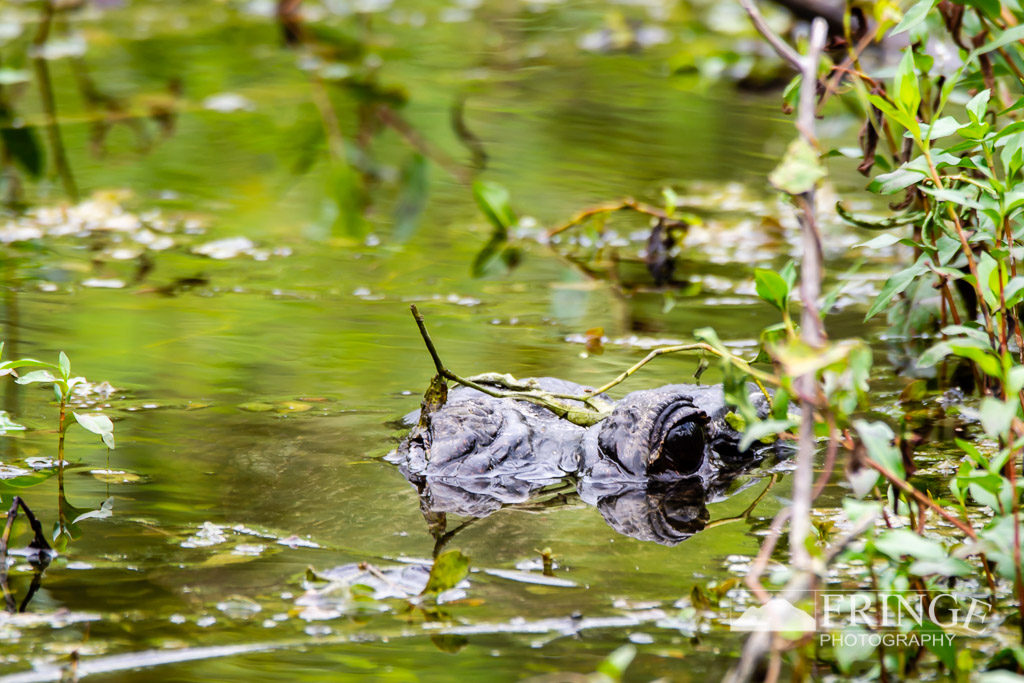 Before long I came to a small pond. Like a moth to a candle, I was all about that pond and was standing beside it in no time. The air was oppressive: still and quiet. The atmosphere in the Everglades is like the air nowhere else, and it holds a sense of anticipation as much as anything. Slowly, almost too slowly, it dawned on me that I was not alone at the pond, for there, staring back at me were two large eyes. The kind of eyes that were sizing me up for a snack. The type of eyes that were liking what they were seeing and were attached to an alligator of unknown size, and worse still, of unknown temperament. Alligator Eyes remains one of my favorite Everglades photographs.

I slowly retreated, for now, retreat was indeed an option, and continued down the road, a lot more wary of what lurks all around me.

Having decided that ponds were more occupied than I first anticipated I decided, perhaps not unwisely, that another way to explore the Everglades is via boat. Not having the foresight to bring one with me, this thought required me to find a vessel, preferably one with an engine and someone to pilot it. After all, it wouldn’t do for me to think I was headed into the park while I was actually pointed toward the open ocean. After a bit of scrounging around, I managed to find both a boat and a captain, and with that, I was on the water. I’ll admit that I was slightly disappointed the captain didn’t have a peg leg nor a parrot, but the boat also didn’t have a plank I could be forced to walk, so all in all, I was content.

We departed first thing in the morning, well before daybreak. The waters were calm, quiet and utterly serene. We sliced through the water with ease, looking for, well, anything and everything that caught my eye. A small island up ahead held my attention, and we headed for that. Along the way daybreak happened, providing Everglades Calm.

The small island hosted snowy egrets and was their current rookery. Here, safe from land-based predators, the egrets care for their young until it is time for them to leave the nest. There is always–always–something happening around the rookery, and today was no exception. The egrets flitted from here to there and back to here again, all without any order I could see. I made Egret Rookery to reflect the joy of watching the egrets. 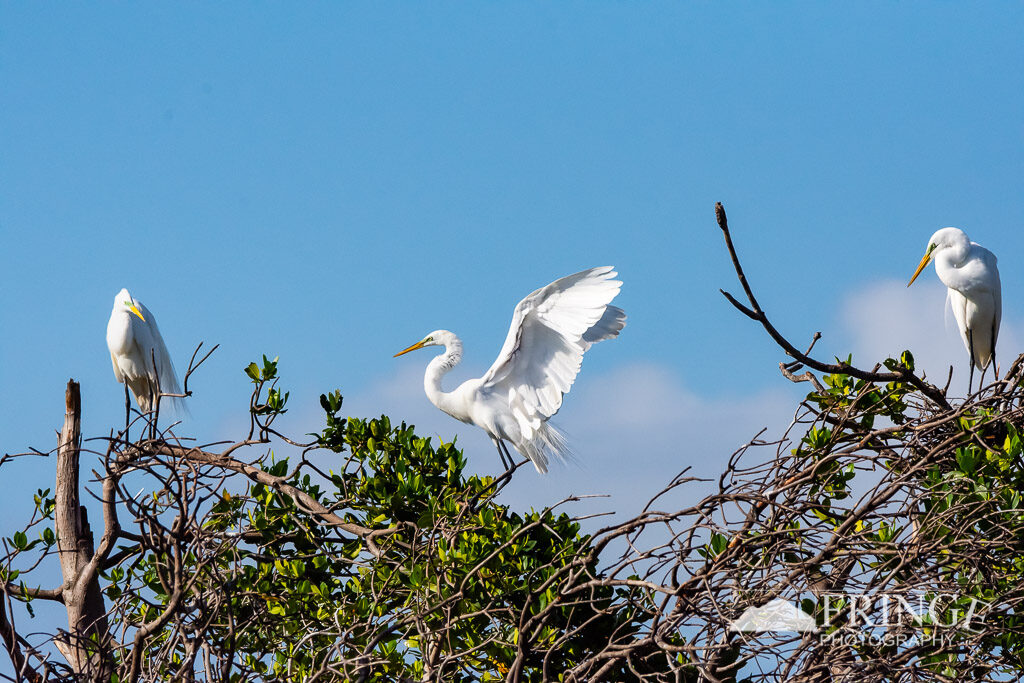 Alas, it was time to head back to shore and leave the egrets behind. We’ll pick up from there in Part 2.

You can always stare at Alligator Eyes in your own home. Head on over to the photographs page to purchase a copy for yourself.